I have a lot of greenlaners using my maps and I added distinct styles for both BOATs (Byway Open to All Traffic) nowadays often just called a Public Byway, and RUPs (now called Restricted Byways), as these are often legally allowed to be ridden on with motor vehicles (such as motorbikes, quad bikes, etc.) These have been on my maps for over two years now.

The maps having these tagged in a specific way have been very well received and until this week I have had no feedback asking for BOATs and RUPs to be more noticeable and easier to distinguish from footpaths and bridleways; it seemed that almost all the greenlaners that use my maps were content with the way that these paths/tracks were marked up.

However, after the feedback I had this weekend, I have reworked them to be more like the style of those ways on an OS map; the markup is now larger and clearer than before.

All maps dated from the 13th of March, 2021 will use the improved markup for both BOATs and RUPs.

You can see examples of how they will look from that date, below, BOATs compared to footpaths and bridleways: 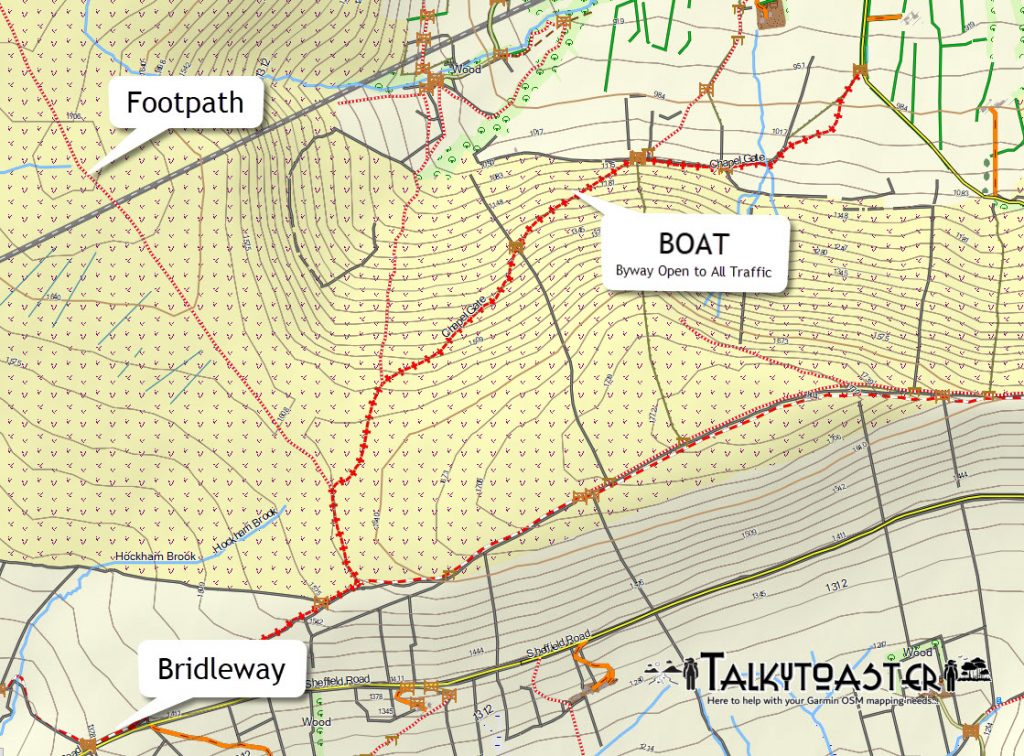 You can see examples of how they will look from that date, below, RUPs compared to footpaths and bridleways: 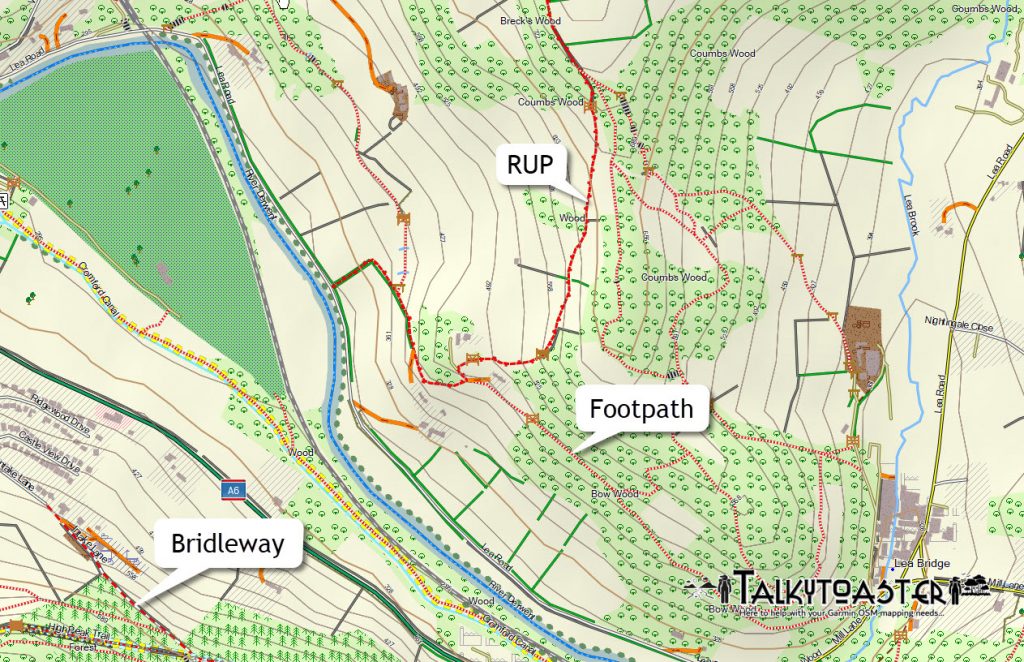 I tweak the maps styles, around 1-3 times per year, either to improve existing styles or to expose new data that was not in the maps before (such as new features/artefacts/data).

All feedback is most welcome, as always…

One thought on “Public Byway and Restricted Byway Style Changes”