Thought I should mention that I am currently developing new maps with DEM (Digital Elevation Model) data embedded in them.

Here’s a nice definition on what DEM is, from https://en.wikipedia.org/wiki/Digital_elevation_model :

What is a digital elevation model or DEM?

In layman’s terms, it allow 3D rendering of the map (like actually being there, sort of); there are multiple benefits from doing this, see below for more details.

What does this mean to you as a Garmin user, what benefits does it bring?

DEM data allows you to not only create routes in BaseCamp (as before) but it also allows you to see the elevation graph of the planned route before you actually go there and walk/ride the route, see below:

So what does this look like in BaseCamp, the map, that is? Well have a look at these screen shots:

The first one (below) is of the current non-DEM enabled TT 1:50K Look n Feel map. 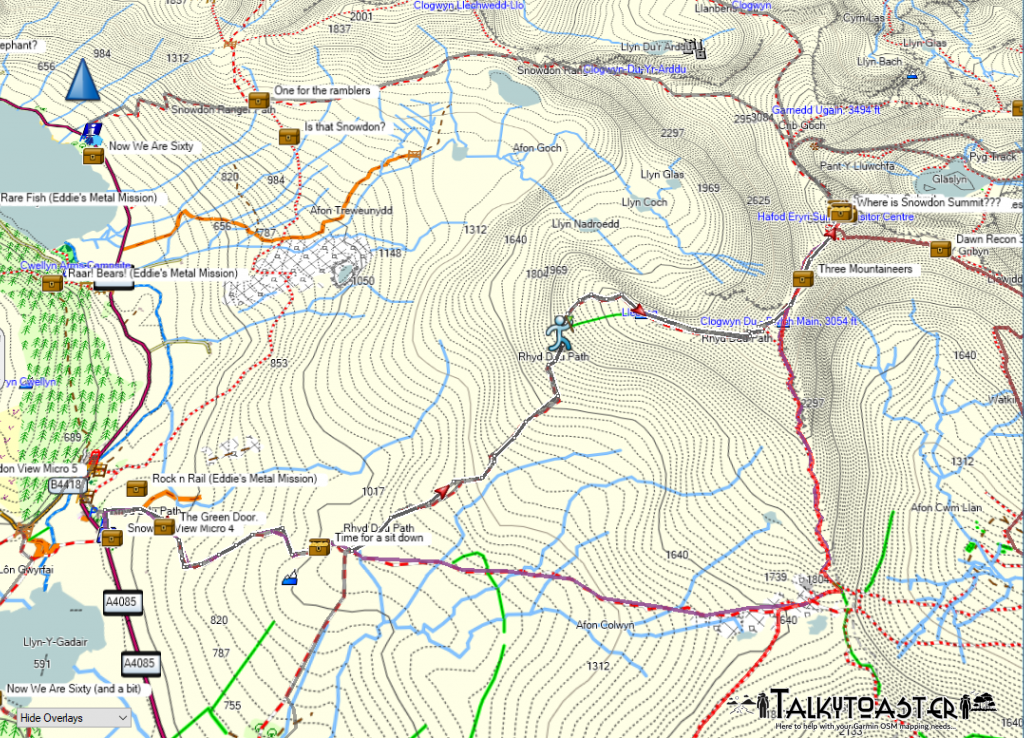 The next one (below) is of the new DEM enabled TT 1:50K Look n Feel map in 2D mode in BaseCamp (you can see the shading). 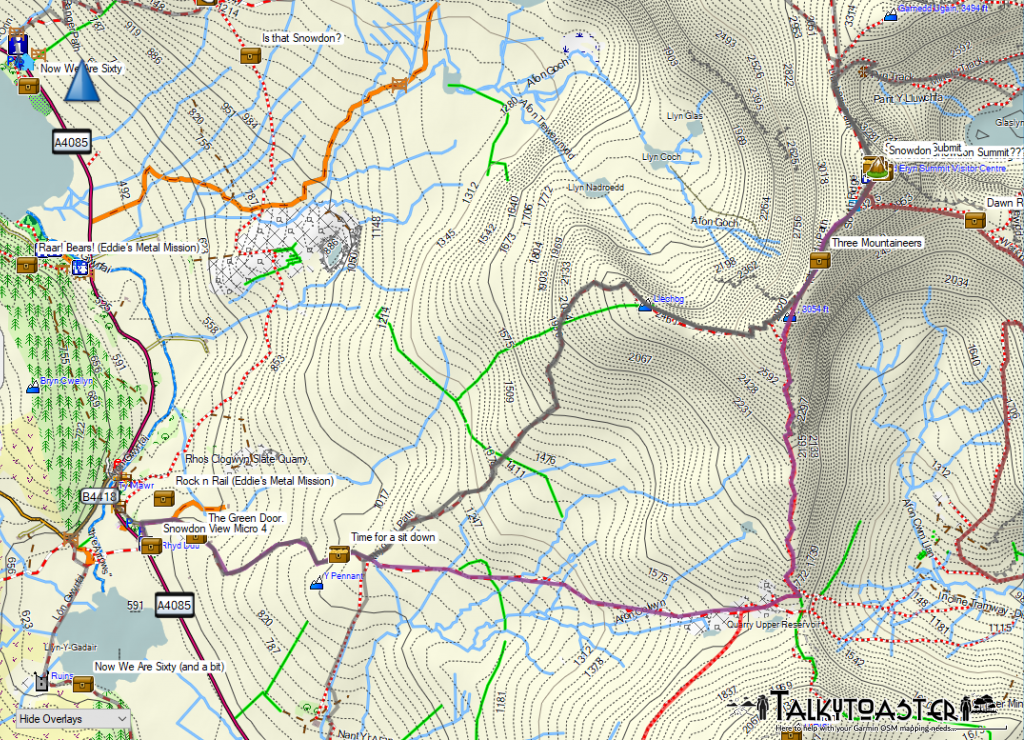 The final one (below) is of the new DEM enabled TT 1:50K Look n Feel map in 3D mode in BaseCamp (you can see the shading and the 3D rendering). 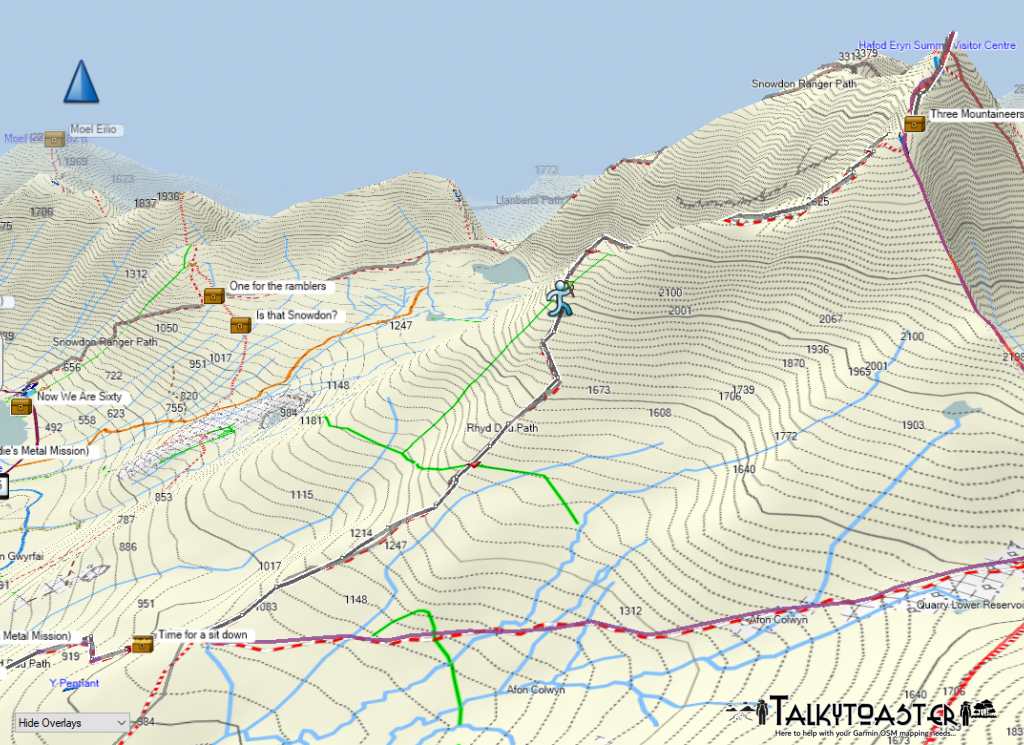 What does it look like on one of Garmin’s handheld devices?

Here are a couple of screen shots of an early development version of the DEM enabled map running on an Oregon 700. This shows Scafell Pike in the Lake District, which I recently climbed. Please note: The shading will only show on devices that support this feature, such as the Etrex 20, 30, 25, 35 (including x versions), Oregon, Montana, GPSMap62 and 64, etc. The shading will NOT show on the Fenix 5 models that support mapping, nor older Garmin devices, such as the Legend, Vista, Venture or GPSMap60 models, but the maps still have the DEM data in them and otherwise work exactly the same.

To enable shading on the actual Garmin device, go to Map Settings -> Advanced Setup -> Shaded Relief:  and set it to “Auto” or “Show if Available”,  to turn it off, change it to “Do Not Show “if you don’t have that option, then the Garmin device will probably not support DEM shading, but the DEM data is still there.

When will these be available?

The first public release of the DEM enabled maps was the 4th of August 2018. You can find them here

DEM versions are now available for:

I am working on other countries at the moment, and these will be added to the site as they are completed. If you have a specific request, let me know and I’ll see what I can do.

These will be available for direct use of supported Garmin devices, and also (where I can) direct on a PC or Mac using BaseCamp (just like my existing non-DEM maps).

How much will they cost?

The price of  these new DEM versions is £13. The DEM maps will be included in the subscription offerings at NO extra cost. So those customers that have a subscription, or purchase one (single or multi-country) will be able to have the DEM versions as part of their subscription as they become available. DEM versions (where available) will also be available on pre-loaded and tested MicroSD cards, and the pricing for these will remain unchanged.