I have now completed the latest tweaking of the TT 1:50K Look n Feel map style to futher increase the detail useful for outdoors use (hiking, mountaineering, mountain biking, etc),

I have now added scree, bare rock, stones/rock, caves, sinkholes, geysers, shingle, outcrops, hot-spings, as well as marking up moors, heaths, aretes, ridges, bays, straits, etc. I have also added in single trees and tree rows, and a huge number of other tweaks. These will be shown where the data exists in OSM.

Here’s a screen shot of the map of the area around Wassdale Head (Scafell Pike) showing the new scree, bare rocks and shingle as well as other tweaks):

First in 3D (from Basecamp): 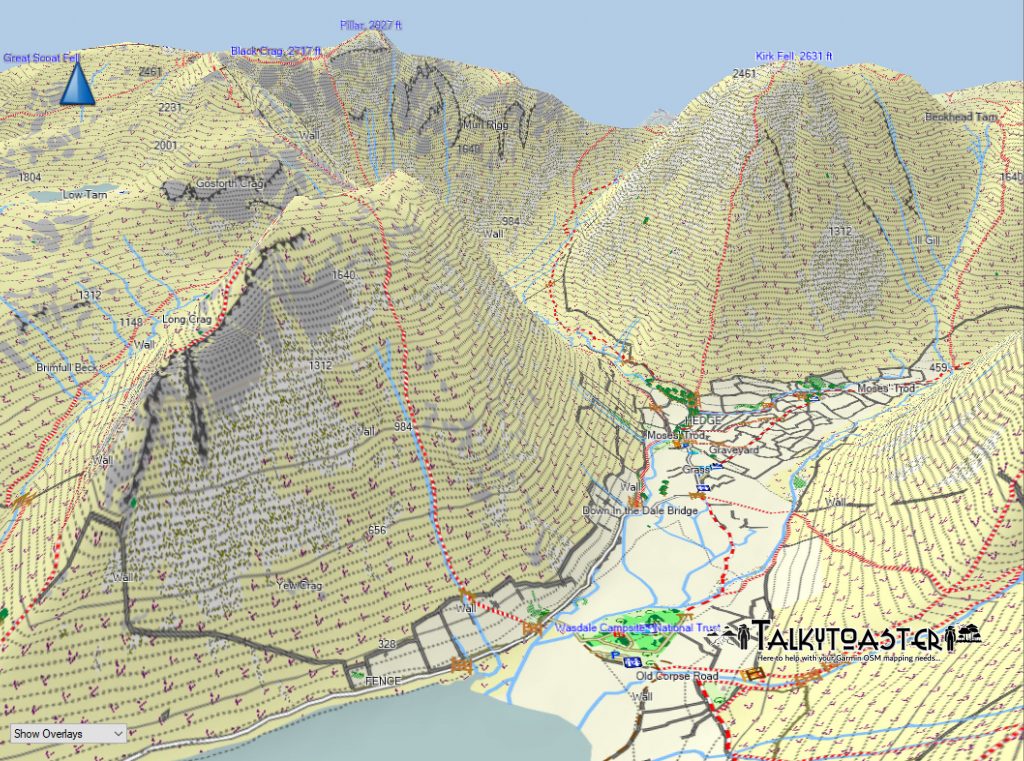 And a different area near the Derwent, in 3D: 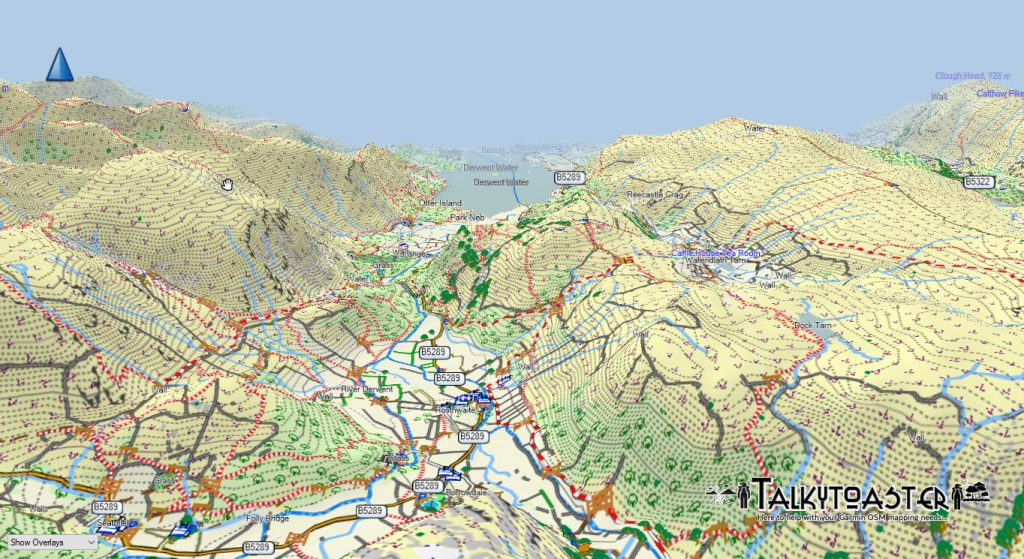 Then in 2D (again from Basecamp): 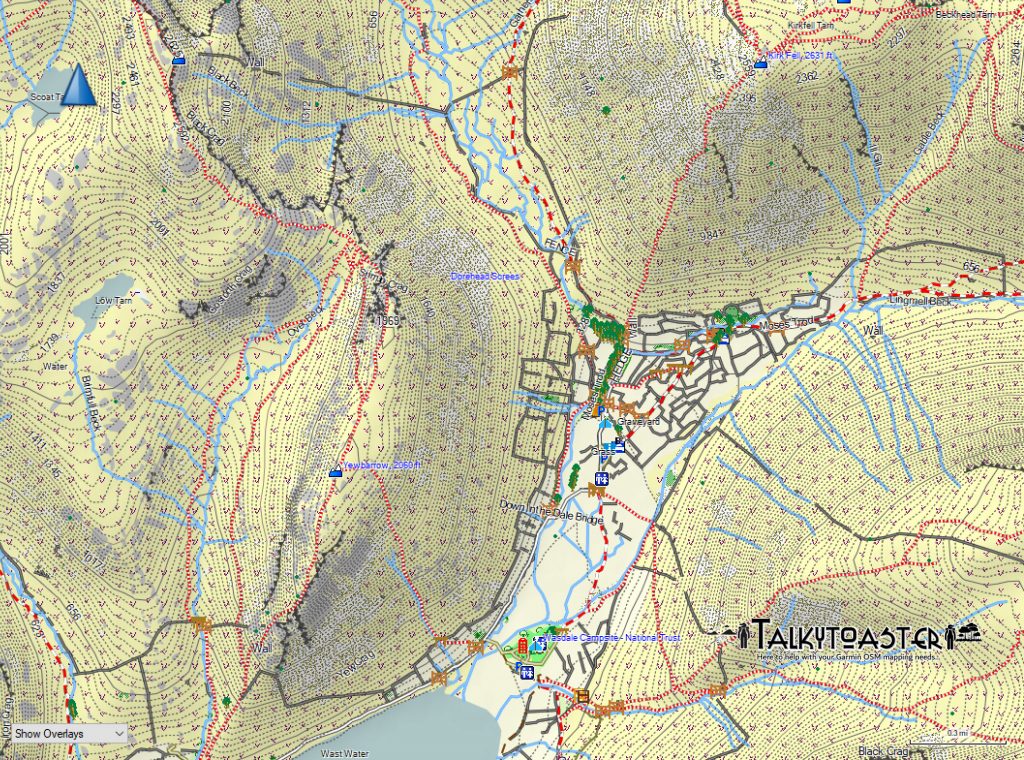 And a different area near the Derwent, in 2D: 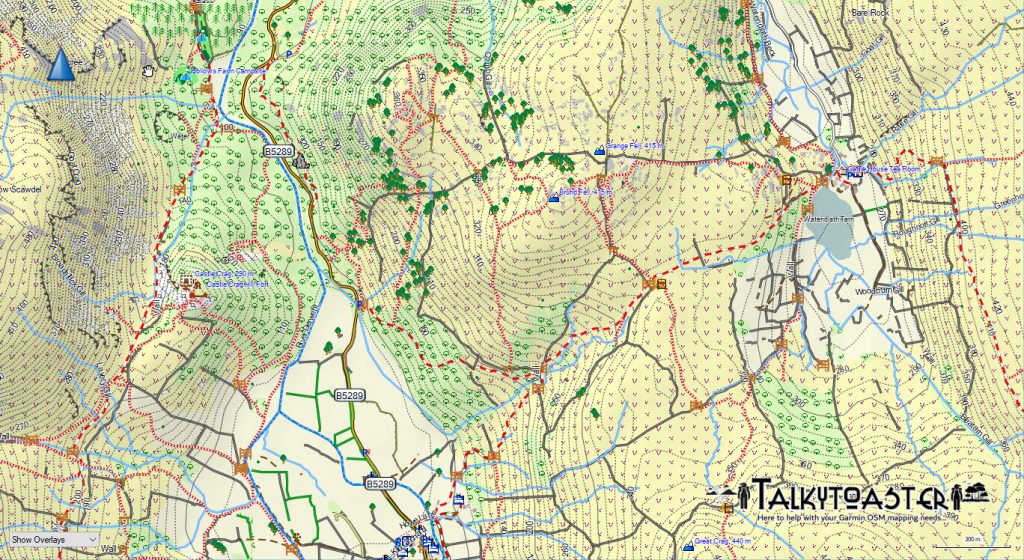 If you haven’t updated your map for some time, I would suggest doing so, as I update the British Isles map every week (yes, every week) and they are constantly improving and increasing in size as the data is added to or tweaked.

As always, changes are made when possible, and also based on customer feedback (where it is useful to most customers or the intended use for these maps).